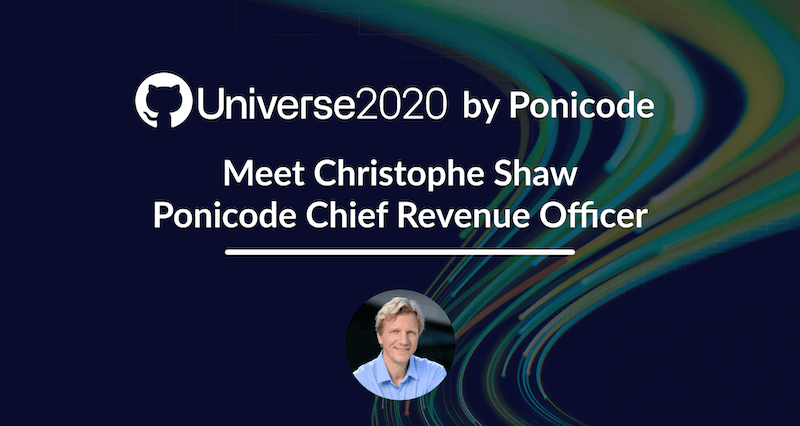 After 15 years at Microsoft learning how to best help developers in their work, Christophe Shaw takes a few minutes to share his vision on what code quality is all about and why joining the Ponicode startup adventure just makes sense.

Hello everyone, I am happy to be with you today. I'm Christophe, Chief Revenue Officer for Ponicode.

Why did you join Ponicode?

So, why did I join Ponicode?

The first thought I have around that is that I have three north stars in my professional interest : developers, developers and developers…. I've been a developer myself and ever since, it has been the centre of gravity of my career, if I can put it this way.

If I go beyond myself, and say that today if you look at the top 10 future jobs you will find Developers and Data Scientists. Probably even 5 of the 10 will actually relate to software development. It has never been so important today to help them to succeed and I believe that there is a step that we can take with new technology and particularly with AI that can help build a new generation of developers. And definitely Ponicode is at the bow of the ship there so I want to change the world of developers!

What makes you believe that we stand at a tipping point?

So why do I believe that we are at a tipping point? Let me give you 3 thoughts there:

One, because code and code quality are becoming critical to the success of enterprises today and the highest stakeholders understand this.

Two, that developers do much more today than they used to do 15 years ago, for example. There is a need for a new generation of tools that will allow them to get to the next level

And three, good developers are very scarce resources today and you want to make sure they are happy, so that you can keep them with you working at your company.

So my first point is how code and code quality are really becoming strategic today for enterprises.

Let me tell you a story, some time ago, I was running the Visual Studio business for Microsoft, leading sales and marketing in France.

One day, in a public event, I met with the Marketing VP of a very large corporate in France. And when I said what I was doing, leading a software development tools business, the guy was very nice but he reacted like: “I’m not sure there is a connection with what I am doing”. I was pretty surprised with that. This exchange triggered a conversation about how... the way they were building software was directly linked to their business success. To this marketing guy there was very limited connection between the way they were building their software and the software that was actually running in front of their customers. It struck me that this guy would know almost everything about how they build their material product and nothing about how they would build their software products. The guy was interested and it led to a series of workshops with himself, his team and up to the executive committee of the company and ultimately led to a change of organisation where they decided to bring the software development team reporting into marketing as opposed to reporting to the IT department before.

For me, the conclusion is simple; it shows that today software is not just important to companies. It is something that becomes the heart of how they build their product. And if you think about it, they actually consider software to be part of their product when it is in fact, at the core.

My second point is about doing more.

Personally, I am absolutely stunned by the incredible progress that has been done in the past 15 years in terms of what developers can do. Just to maybe set where I came from: I came from a time when if you wanted to check the syntax of your code or if you wanted to see if it compiles then you would have to compile it. And it could take some time (at least minutes). If you think about that today it is ridiculous, I mean your UX will tell you immediately when there is something wrong in your syntax. What you can do in the limited amount of time as a developer has completely changed because of UX improvements but also because of the availability of hundreds or thousands of libraries and components that you can integrate in a matter of seconds in your code. We have also the contribution of cloud architecture more recently where if you need a service you just include it. Something that can be provisioned in a matter of seconds or minutes as opposed to days or even weeks in the past when you had to deploy a new server in a large company.

These changes associated with the new UX services have drastically improved what you can do as a developer. But today we are probably at a limit.

So, I really believe that the integration of AI and machine learning in developer tooling can lead to a new generation of developer support in their day to day work.

If you think for example about applying the natural language processing schemes to the code, which is, in the end, just as much a language as any other, you can in the end obtain the intent of a developer. Once you have the intent of the developer you can help him in many ways.

You can, for instance, document his intent which means documenting the code. You can effectively help him describe what the code is doing.

You can guess the fuel that code needs to run. Which means you can help the developers generate test values that will effectively test the intent of the developer.

You can also help him by providing input from other developers, potentially, who had the same intent when they wrote their code. Bringing in more secure, higher performing and more robust code. And the possibilities are endless when you get to this notion of, I was about to say guessing but it's not about guessing, it's about knowing what the developers want to do.

My third point is about happiness and the happiness of your developers.

So, what makes a happy developer? That I am not always sure of. What I can tell you is what makes me happy when I am coding.

What makes me happy is when I code, when I am writing code, when I am creating something. When I am seeing my own vision of the product being realised under my own fingers.

Meanwhile, there are a lot of things that you do as a developer that you don't particularly enjoy. You don't enjoy spending hours trying to implement this poorly documented API that you have to use. You don't like documenting your own code very much. So, the situation that you were in in point A is not something the other lives when they use your own API. You don't like too much spending time on testing because testing is looking at the past when you would rather be looking forward. You don’t like endless meetings but I am afraid that is out of the scope of today’s speech. And I’m probably missing some things but in the end you know that all of those things need to be done and can’t be delegated because we know that code quality is about self commitment and ownership of the code you are writing. So, as I said we cannot eliminate those tasks but we can at least try to reduce the time they consume in the work you are doing. And that is exactly what I am thinking about when I talk about the next generation of tools that will allow developers to be more happy because they can focus on what they want.

So, back to your first question, why did I join Ponicode.

I think it's pretty simple; because I want to participate in an adventure that changes the world. And I really believe that Ponicode is changing the world for developers today.

9 questions about unit testing answered quickly to cover the basics and get you started with your testing journey. A beginners guide to unit testing, summed up in this easily digested piece. 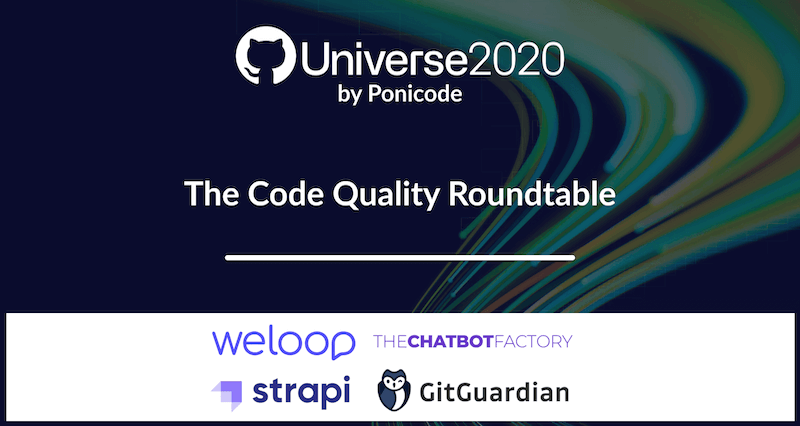 A roundtable with Strapi, GitGuardian, WeLoop and The Chatbot Factory to talk about their code quality strategy.